N is for Neutering 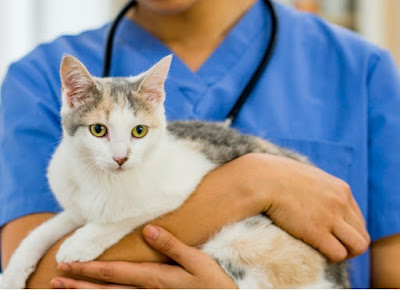 Getting your cat neutered before it can breed is an essential part of responsible cat ownership. Cats are very effective breeders and the number of kittens they produce increases in line with the amount of food and shelter available. Without neutering, the cat population can quickly get out of control.
Overpopulation increases feline infectious disease, stress-related disease, feline conflict and compromises cats’ welfare.
What is neutering?
• A female cat is spayed – her ovaries and uterus (womb) – are removed
• A male cat is castrated – his testicles are removed
Kittens should be neutered at around four months or younger – although your cat can be neutered at any age. Neutering also prevents some cancers and infections, reduces straying, fighting and spraying.
Why neuter?
Neutering has many health benefits, as well as helping to reduce the number of unwanted cats.
Unneutered male cats are more likely to end up injured or catch diseases from fighting. They travel many miles in search of unneutered females, risking road accidents and injury. They will spray smelly urine to mark territory and attract females.
As neutered male cats are less likely to roam it reduces the risk of them contracting serious diseases such as Feline Immunodeficiency Virus (FIV) or Feline Leukaemia Virus (FeLV)
Unneutered female cats frequently become pregnant from the age of four months and will often have litters of kittens three times a year. This adds to the overpopulation problem and increases costs for the owner, especially if there are complications during pregnancy or birth. They will call and wail every three weeks during the breeding season to attract a mate, until they become pregnant. They are more likely to contract diseases spread through sexual contact and mating behaviour
If they are neutered they are unable to develop cancer of the ovaries or uterus. They are also at greatly reduced risk of developing mammary cancer – especially if neutered early.
Cats are very resilient and stoical and usually recover very quickly from the operation. Your vet will advise on the best care for your cat as he or she recovers.
Your cat will require much less food after neutering, as his or her body has less work to do, so you will probably need to monitor your cat’s weight and reduce the amount of food provided to prevent your cat from becoming too fat.
My sassy, grumpy cat Toffee is also taking part in the A to Z Challenge. Take a look here: www.notsosweettoffee.com