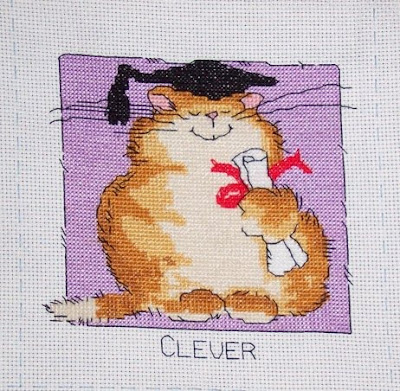 TELL us something we DON'T know!

Research has come up with the fact that people with cats are likely to be more intelligent than dog owners.

However,researchers at the University of Bristol in the UK say that the superior intelligence of cat owners is unlikely to be caused by their exposure to their clever and manipulative pets.

It's just that more educated people tend to work longer hours and choose a pet to fit their lifestyles. Unlike dogs, cats require no walking and can manage with little human company.

Dr Jane Murray, Cats Protection Lecturer in Feline Epidemiology, who led the study, said: "We don't think it is associated with income because that was one of the variables we looked at, and there was little difference.

"Cats require less time per day than a dog, so they are more popular with educated people who work late and have long commutes."

The popular myth of cat intelligence was dented last year with the publication of a study showing that they did worse than dogs at a simple reasoning task. Cats presented with two pieces of string, only one of which was attached to a food reward, could not tell which one to pull for their treat.


The picture above is from Margaret Sherry's Cross Stitch Gallery.