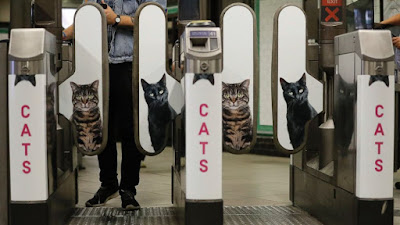 In this consumer age how lovely that a group of cat lovers has raised money to totally redecorate an underground train station with pictures of cats.

Clapham Common Station in London has no commercial advertisements at the moment because a group calling itself The Citizens Advertising Takeover Service (CATS) started a crowdfunding campaign to raise enough money to put up their own pictures. 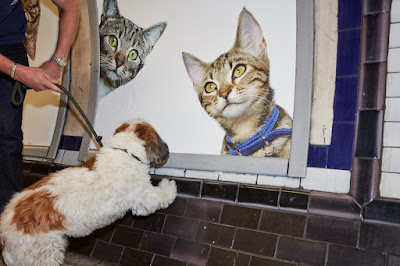 Instead of adverts for cars, creams and Christmas presents, there are now more than 60 pictures of cute cats and kittens.

The cats featured are from Battersea Dogs and Cats Home or from Cats Protection, the UK’s largest feline welfare charity, and are in need of loving homes. 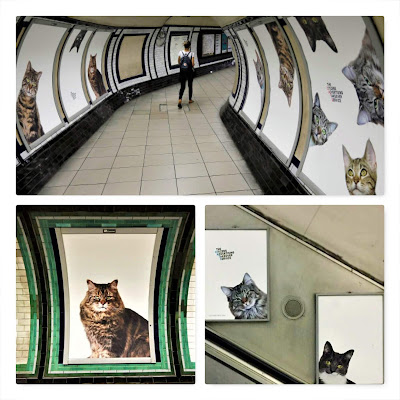 ‘Wouldn’t it be great not to worry about the holiday we can’t afford, the car we don’t need, or the body we don’t have? Imagine a world where public spaces made you feel good,' said organiser James Turner.

‘This isn’t a clever marketing stunt for a pet food brand, or a guerrilla campaign for a new TV series. The people behind it are volunteers who raised the money on Kickstarter. We want to inspire people to think differently about the world and realise they have the power to change it.’ 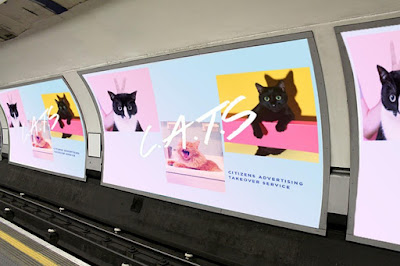