George On The Right Track For Station Award 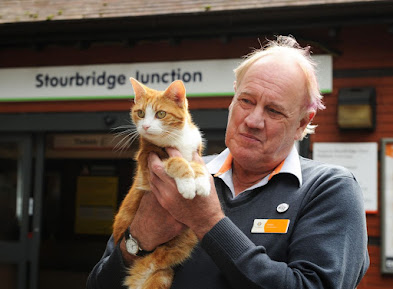 George with station supervisor Ian Tomlinson
George the cat is such a purrfect "employee" at a railway station that he has helped it make the shortlist of a prestigious award.
Stourbridge Junction is in with a chance of winning the World Cup of Stations award, which is given nationally to the best UK railway stations.
George was adopted as the station cat in December 2017 and he has been praised for his role in promoting public safety through his online presence. 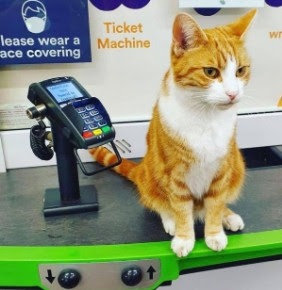 The focus for this year's awards is on smaller stations which have gone beyond the call of duty to support their communities during the coronavirus crisis.
Staff at Stourbridge Junction were praised for their work installing new signs and educating passengers to ensure they could travel safely and comfortably amid the pandemic.
But special recognition went to the role of George, who has nearly 10,000 followers on Facebook and Twitter, for his role in helping to spread the latest railway safety messages using through social media.
Providing some much-needed light-hearted relief, George has been praised by passengers for making them smile every day in these troubling times. 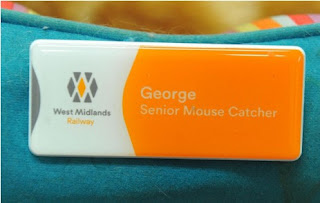 Station manager Simone Carter said: “George first found his way into the station back in December 2017 and he’s been the star of the show ever since.
“As well as helping us out in the booking office most days, George has been a fantastic addition to our team who work tirelessly to provide exceptional customer service to our passengers.
“I’m so proud of the team, and our wonderful ambassador George, for their hard work and determination, particularly over these last difficult six months.” 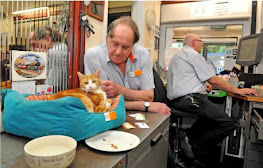 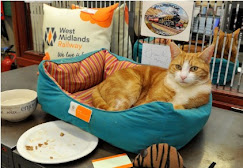