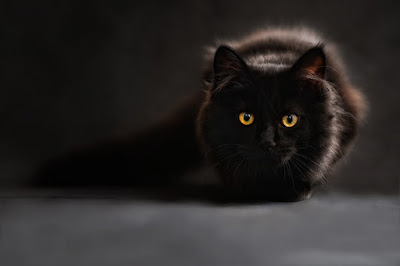 About half the cats up for adoption in shelters are black or black and white. The solid black cats find it particularly difficult to attract new owners.

This is partly because of the superstitions surrounding black cats and lately, with everything shared on social media, people believe they are difficult to photograph. Black  cats are not "selfie-friendly" in this lnstagram age. 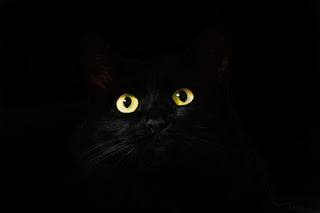 “It’s not uncommon for many monochrome moggies to wait many weeks or months to be adopted,” says Gemma Croker from Cats Protection (UK), which takes in 200,000 cats each year.

Cats Protection has since launched an annual Black Cats’ Day to raise awareness of their plight, with similar schemes operating across the US and Canada. There is even an Instagram campaign, using the hashtag #blackcatsrule.

As for those superstitions, in Scotland black cats are said to bring prosperity and in England and Japan they are believed to be lucky. However, in much of the world they are unfairly associated with bad luck and evil omens.

If you are clever enough to open your heart to a black cat and want to take some great photographs, have a look at this article on the Mother Nature Network. There's some great advice here about showing off your black cat (or dog) to its best advantage. 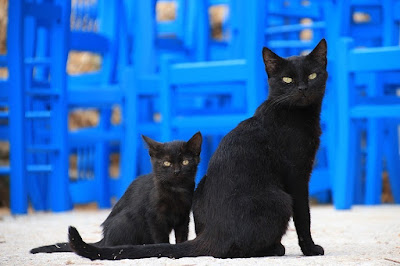 In a nutshell, think about the background. It may be counter-intuitive but if you get the light and shade right, a black background can be very effective. Focus on the eyes. Look at the light and contrast.

As for "unlucky" black cats, let me leave you with this thought. In the early 17th century the treasured black cat belonging English monarch King Charles I died. Charles, who always believed black cats were lucky,  lamented that his luck had gone. The next day he was arrested and charged with high treason, put on trial and later beheaded. 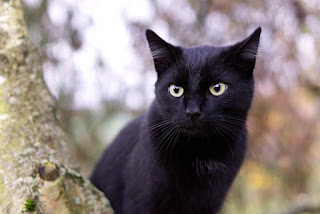