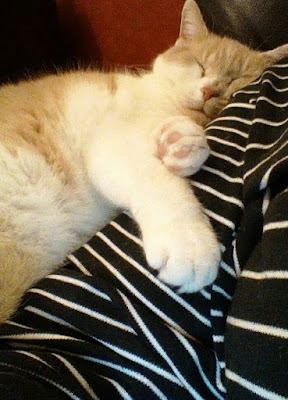 Obsessed by cats? Me? No, of course not. True I spend far too much time on the internet reading cat stories, looking at cat pictures, and laughing at cat videos. I'm always sharing pictures of my cat baby on Instagram and tweeting about her on Twitter. My cat Toffee even has her own Facebook page (here) and Twitter account (here) but that's normal, right?

At least I've discovered that I'm not alone when it comes to feline fandom. A survey tracking cat owners' behaviour, conducted by OnePoll, shows that of 1,000 cat owners on social media, the average cat owner "likes" 398 cat-related posts and looks at 725 cat pictures and videos in a year. The study also found that 47 percent of cat owners who were surveyed reported often taking pics of their pets and say it takes an average of three tries to get the perfect shot. 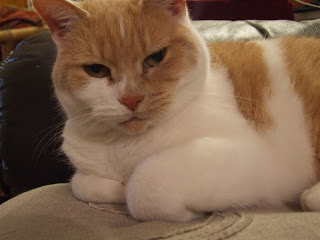 Then there are the accoutrements of being a cat owner. The poll reports that 44 per cent  have a framed photo of their cat, 43 per cent own a cat stuffed animal, and 38 per cent of owners own a cat calendar. Guilty, guilty and guilty.

The poll also found that out of 365 days, the owners surveyed spend a total of eight days talking to their cat and 20 days cuddling with their cat. That seems a conservative estimate to me!

The bonding time actually proves to be super beneficial: 60 percent of the cat owners surveyed said their cat has aided in combating loneliness, and 54 percent explain their pet is something of a support system during stressful times. 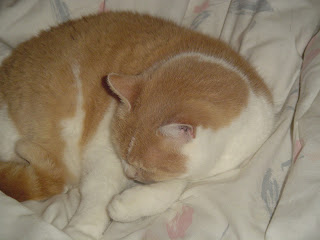 The survey showed that owners were most concerned about their cats' eating habits and amount eaten, quality of their coat, energy levels, moods and engagement levels, and, of course, their cats’ overall happiness.