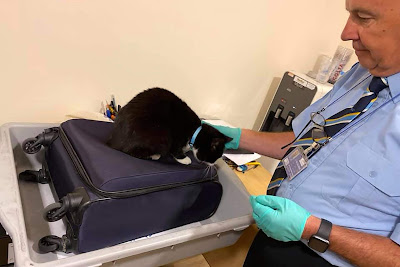 Going on holiday? Have a cat? Then let this story be a warning to you!

Nick and Voirrey Coole, from the Isle of Man in the UK, were excited about their trip to New York but didn't realise that another member of their family had tagged along for the ride.

They realised something was wrong when airport staff at the Isle of Man airport started giving them some strange looks as a bag passed through the scanner.

It seems that their cat Candy had decided to tag along  by hiding in one of their carry-on bags. 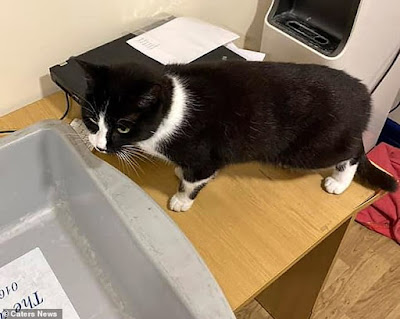 
“It must have looked quite unusual on the scanner. At the point at which they scanned it, they were all scratching heads and they were all looking at each other,” said Nick. He said he couldn't quite work out what was going on.

“They were looking at us so bizarrely,” he added.

It turned out that Candy had hitched a ride with her human parents by curling up in one of their bags.

Thankfully, the airport security team eventually found her and helped the couple hand over Candy to some friends and continue on to their destination. 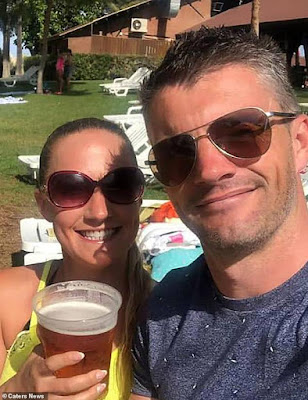 “The second they realized it was a genuine mistake, and we had actually brought our cat through airport security, at that point, they just laughed and they were fantastic,” Nick said.

He later thanked his friends via Facebook for picking up Candy and also the airport security staff for helping get her home so they could catch their flight.

Now they are enjoying their holiday in the Big Apple to celebrate Nick’s 40th birthday.