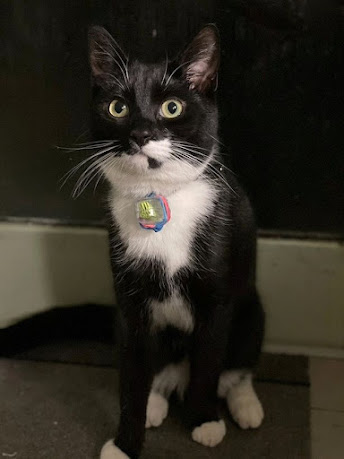 So many stories are emerging from the Covid pandemic and although some are sad, there are many that are uplifting too.
Here's one about a little rescue cat called Billy (pictured) who brought his neighbours together after acting as a mailman between the two households.
Olga Shipunova, 29, and her partner Zack King, 37, from Hackney, London, UK, adopted little Billy after he was abandoned as a kitten just over a year ago. 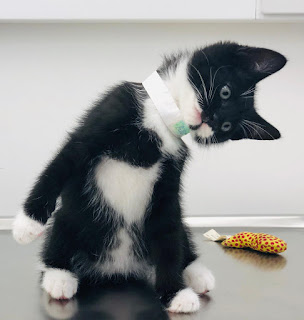 Billy looking cute on the day he was adopted.
Zack returned home one day to find Billy with a note attached to his collar. It said: "Your cat likes to come visit us when he is outside. He will sit at the door and meow to be let in. It's actually hilarious and we love him!! We have no idea where he is coming from. What's his name? We call him Billy :) From your friendly neighbours!"
Olga and Zack were astonished the neighbours had guessed the name. They replied:  "We're glad he's making friends with the neighbours! And his name is Billy!!! So you guessed right." It seems Billy once had a name tag, before losing it, and the neighbour's  housemate has spotted it a few weeks previously. 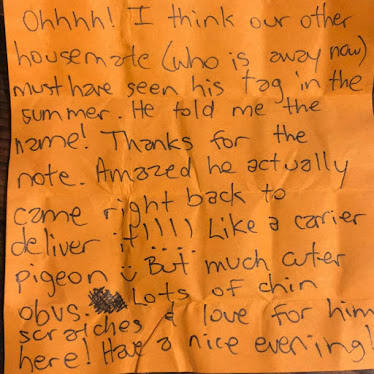 The correspondence began in September and Zack said the notes had been a highlight of the coronavirus lockdown. He has been sharing the story on Twitter.
Now the neighbours, who still haven't met, share recipes and Netflix recommendations. The unknown neighbour  even kitted little Billy out with a proper mailbag - which he promptly lost so a new one had to be made! 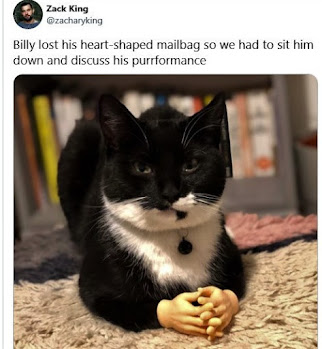 Olga said: "My favourite note was when she asked what she could treat him with - she was kind enough to say he could have salmon, and we let her know that he loves everything."
Zack added: "It's definitely something we look forward to - when the cat flap goes and we suddenly notice that the note isn't what we've attached and there's a new note.
"Billy is very cheeky and inquisitive - he doesn't do things by half - if he's sleepy he's sleepy and if he's playful he's playful.
"Billy himself has been a highlight of lockdown - and the notes, extra so - especially as the winter months drew in and we found it a bit tougher with fewer connections."
The delighted neighbour described Billy delivering their notes "like a carrier pigeon, but much cuter obvs". 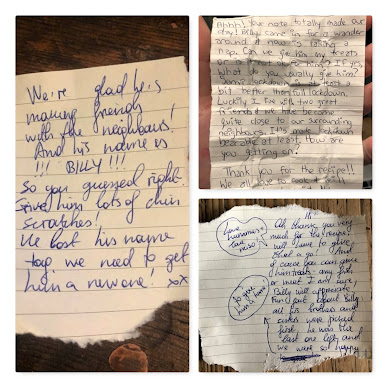 A few of the notes.
Olga says she's happy that Billy, who comes and goes via a cat flap, has made friends with the neighbours, adding: 'He brings so much joy, so why not?'
And the story is a bit like united nations. The neighbour is Canadian, Olga is Russian and Zack is British.
*     *     *     *     *     *    *
If you are a cat lover - especially a lover of the grumpier members of the species, this is the book for you. Written by Toffee who, despite her name, is the least sweet cat you can imagine. The world according to Toffee exists to serve her and woe betide anyone who forgets it. Paperback on left, Kindle version on right.