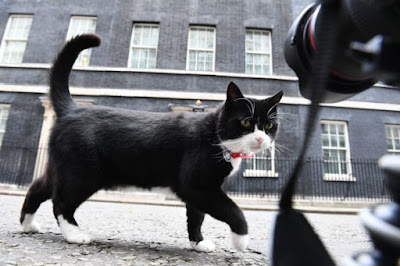 Busy patrolling Downing Street
One of the United Kingdom's foremost political figures has retired. After four and a half years right at the heart of the government,  Palmerston the cat, the Foreign Office's chief mouser, is now taking a well-earned rest.
Palmerston wrote to Sir Simon McDonald, permanent under-secretary at the Foreign and Commonwealth Office, to say he now wanted to spend his time "away from the limelight" after enjoying working from home during the coronavirus lockdown.
“I have found life away from the front line relaxed, quieter, and easier,” said Palmerston, a rescue cat from Battersea Dogs and Cats Home, in his letter of resignation. 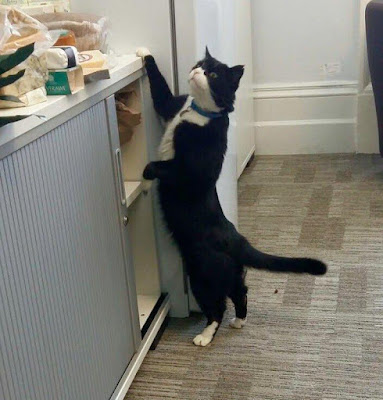 Checking everything is where it should be. It's a bit untidy, I shall have words.
He wrote: “My 105,000 twitter followers show that even those with four legs and fur have an important part to play in the UK’s global effort. I have championed our work, built our relationships, and celebrated the diversity of our staff.”
Palmerston will not be completely retreating from public life. He said: “I will always be an ambassador for the UK and the new Foreign, Commonwealth and Development office."
Sir Simon McDonald replied to the letter on Twitter, saying that everyone at the Foreign office would miss him.
He went on to say: "In 2016 Palmerston arrived from Battersea, mouser and social media phenomenon. After four-and-a-half happy years, he retires at end of August: he’s enjoyed lockdown life in countryside so much, he’s decided to stay.” 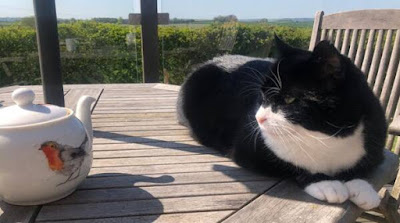 Yes, I'm enjoying life in the country.
Foreign Office staff paid tribute to the outgoing mouser, with Jon Benjamin, director of the department’s Diplomatic Academy, wishing him a “very happy retirement”.
“He left us a slightly chewed dead mouse next to my desk once, and we were of course not very grateful,” he added.
Caron Rohsler, British high commissioner to the Maldives, tweeted a goodbye message from her embassy’s own diplomatic feline, Miska.
It read: “Congratulations on your exemplary service to British foreign affairs, & for fur-thering the cause of diversity in our noble institution. I’m sure an elevation to the pawrage cannot be far off.” 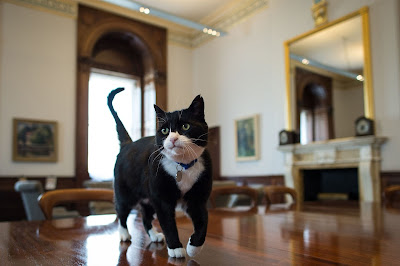