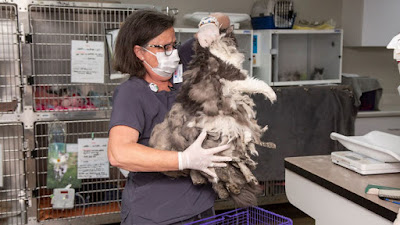 An humane society called to rescue a little animal, found the stray was so covered in matted fur it was even difficult to see what type of creature it was.

They found out it was a cat whose owners had died, leaving her to care for her herself.

An incredible  two pounds (just under a kilogram) of matted fur was sheared from the cat, nearly a quarter of her body weight.  Fortunately, the cat was very sweet and tolerant of her grooming session and was otherwise in great health.They named the beautiful little female Fluffer. Just two days later she was adopted and is now living happily in her new home. 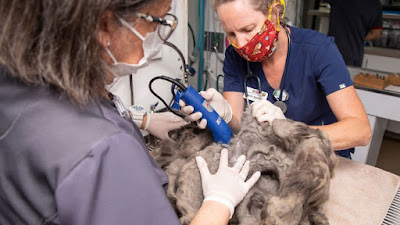 The Arizona Humane Society (AHS) shared the story of Fluffer on their Facebook and Instagram pages. They wrote: ‘Show us a better #TransformationTuesday than Fluffer the cat… we’ll wait!"

The AHS has plenty of stories like Fluffer’s as they’ve made it their mission to rescue as many animals they can. They also try not to euthanise any and re-home as many as possible. 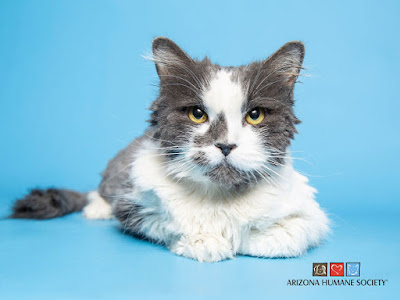