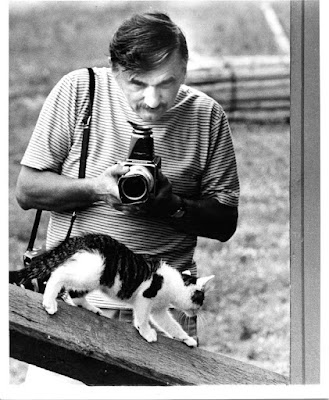 On a winter's night in 1949 in New York City, young marketing student and budding photographer Walter Chandoha spotted a stray kitten in the snow in a New York alleyway.

He tucked it into his coat and took it home. Just married, with a baby on the way, Chandoha’s plan had been to keep photography as a hobby and make his fortune in advertising. But Loco – so named for its nightly fits of hyperactivity – put paid to that plan. When Chandoha began to sell pictures of his cat to magazines, he realised he could earn a living from photography. 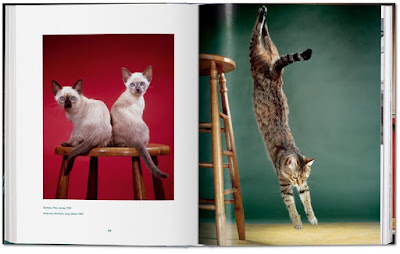 He began photographing cats from the Greenwich Village animal shelter and these images marked the start of an extraordinary career that would span seven decades.

The family eventually moved to a farm in New Jersey, where, amid his six children and sometimes more than 20 cats (one of whom “often had kittens in the drawer”) Chandoha dedicated himself to proving that there’s more than one way to shoot a cat. 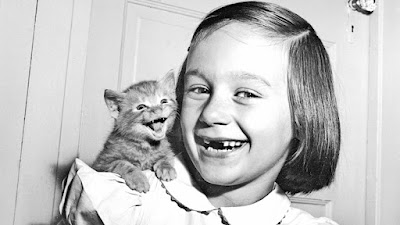 Why cats? “The expressions dogs make are pretty limited,” Chandoha explained. “They don’t get into real exciting postures, as a cat will.”


Also, take a look at the book below - written by Toffee, the sassiest cat in the world!