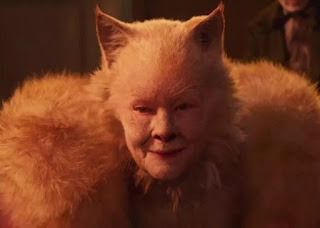 
Are you ready for the new Cats movie? It's already caused some controversy over the "whitewashing" of  Kenyan-born actress/dancer Francesca Hayward who has been given a white face of fur  - and some people have called the CGI film, which has turned the actors into felines, "creepy".

Whatever your view on either of these matters, I personally think the trailer looks terrific. It has a tremendous cast of actors, dancers and singers, including Judi Dench, Ian McKellen, Taylor Swift, Jennifer Hudson and Idris Elba. Can't wait to see it! 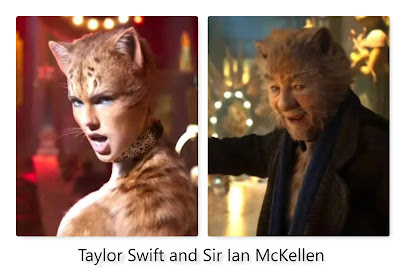 * In 1939, TS Eliot published a book of light verse called, Old Possum's Book of Practical Cats. In 1954, composer Alan Rawsthorne set six of the poems for speaker and orchestra in a work called Practical Cats. After Eliot's death, the book was adapted as the basis of the musical Cats by Andrew Lloyd Webber.  Cats was  first produced in London's West End in 1981 and opening on Broadway the following year.