Emergency! The Cat's Eaten My Bacon 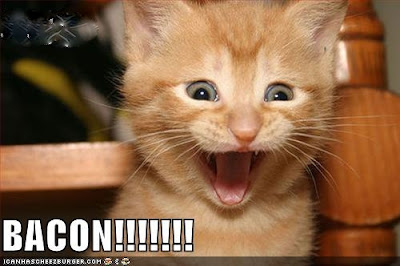 Words failed me when I read this story. A man from Yorkshire in the UK dialled 999 (the same as 911 in the USA) to ask the police to arrest his cat for eating his bacon.

I know most carnivores are partial to a nice piece of sizzling bacon and it would be very annoying if your cat stole it - but getting puss arrested is a bit extreme! 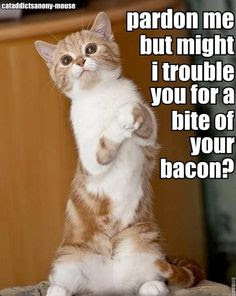 The emergency services operator  began with the standard:  "What's your emergency?"

He replied: "Er..me girlfriend has let the cat eat my bacon."

The very patient but puzzled operator asked him to repeat his problem and then asked him what he would like the police to do. 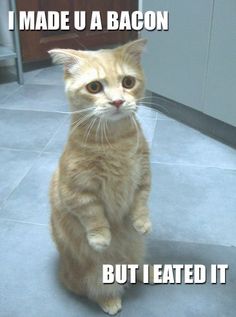 He told her: "I want to press charges."

The call handler then asked him whether he wanted the police to arrest the girlfriend or the cat!

The man replied: "Both."

She told him: "Sir, it's not an offence to let your cat eat your bacon. And we don't arrest cats." 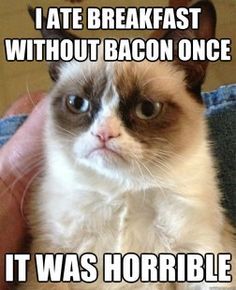 He started to protest insisting it was his girlfriend's fault for allowing the cat to do it.

The call handler firmly told him it was not a 999 emergency and the call came to an end.