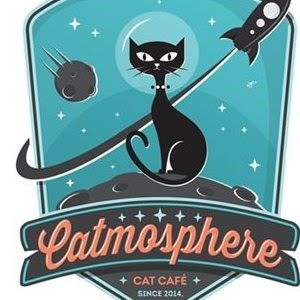 I've just found out about this fun space-themed cat cafe which opened in Sydney, Australia this weekend.

It's called the Catmosphere Cat Cafe and is described as a "global space cat cafe". Its mission: to seek out new life and new civilizations, to boldly go where no cat has gone before. The cats, I'm told, are "galaxy-roaming catstronauts".

The "space" theme is visible in the decor and the names of the castronauts - here you can meet Tabba The Hutt, Mewbacca, Queen Barbarella and The Purrminator, and 11 other purrfect pets with space-themed names. These cats have apparently (and I have no reason to disbelieve it!) dedicated their PAST LIVES to space exploration. 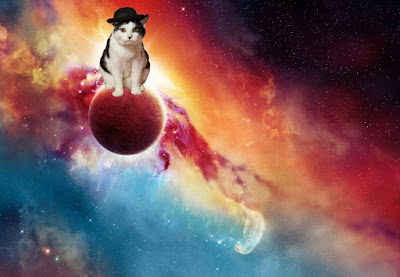 There is a giant, colourful mural painted across one wall in the outside dining area, documenting the cats' varying journeys through the universe.

These interstellar moggies are now "basking in the Earth’s glorious oxygenated biosphere"  where homo sapiens who wish to enjoy their company can visit.

All the cats are rescue cats. Visitors won't be able to adopt them as they are settled at the cafe and they are used to living in large groups.

You can book an hour with the cats but if you are in rush you can go for the cheaper, "warp speed" option of 15 minutes.


If only I didn't live on the other side of the world!