D is for Domesticated Cats 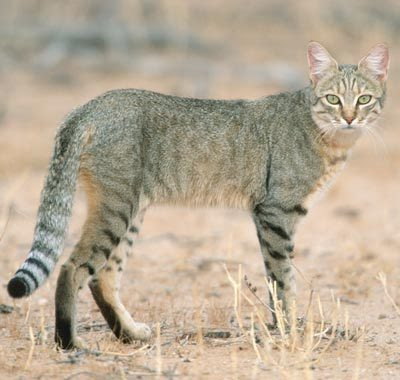 Most people know the story of how cats became domesticated. They protected stores of grain from rats and mice and eventually entered into a mutually beneficial relationship with humans who cared for the cats so they would stay close by.

Domesticated cats are all descended from wildcats, Felis silvestris lybica,  that originated in the Fertile Crescent in the Near East Neolithic period and in ancient Egypt in the Classical period.

So how did cats spread around the world? By analyzing the ancient DNA of cat remains found in port cities, scientists believe cats were taken onto ships to help protect food by killing rodents. When they reached harbour, some of the cats jumped ship.


It may not have been only the Egyptians who domesticated cats because in 2004, French archaeologists discovered a 9,500 year old cat grave in Cyprus.


My sassy, grumpy cat Toffee is also taking part in the A to Z Challenge. Take a look here: www.notsosweettoffee.com