Are You A Cat Whisperer? 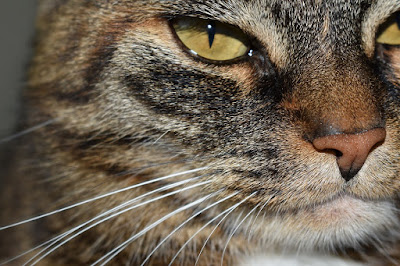 Are you a "cat whisperer"? Can you read feline facial expressions? It turns out most people are unable to decode feline emotions, but there are a few people who excel at deciphering how cats are feeling.

These cat whisperers are generally women and those with veterinary experience and - surprisingly -  it makes no difference whether they own or even particularly like cats.

Professors Lee Niel and Georgia Mason, from the University of Guelph in Ontario, Canada, investigated the extent to which humans can decode cat emotions from their facial expressions. They recruited 6,329 people from 85 countries for their study, showing them 20 videos which featured cats in either a negative or positive emotional state.

In the negative videos, for example, the felines were showing signs of avoidance by withdrawing from an object or person or fleeing to a hiding spot. In some, they were struggling against physical restraint or being denied opportunities like going outdoors.

The cats in these videos were also growling or hissing or had health problems, such as malaise or physical pain.

In the positive videos, the felines had sought out favorite spots or interaction with people, such as being petted.

None of the videos depicted obvious facial expressions, such as open mouths or flattened ears, although all the videos focused on the cats' eyes, muzzles, and mouths.

Most participants performed poorly at the facial recognition tests, with the average score being barely above the chance average — 11.85 points out of 20.

Professor Niel said: "The ability to read animals' facial expressions is critical to welfare assessment. Our finding that some people are outstanding at reading these subtle clues suggests it's a skill that more people can be trained to do."