My Cat Loves Me 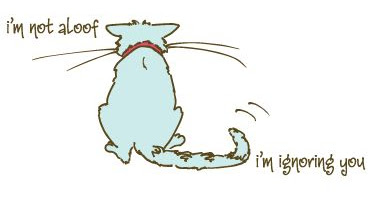 It's true, of course, that cats are more independent than dogs and might take a little while to warm to you before they feel safe enough to give of their love and affection. But this is just like the difference between introverted and extroverted people. Some are slow-burners who get used to you slowly and then start to open up, while other people are immediately open and friendly with whomever they meet.

I know my cat loves me, for these reasons (I'm sure you have plenty more):

1. She head-butts me for strokes. True, usually when I'm fast asleep in bed so I wake suddenly with my heart thumping - but affection is affection. 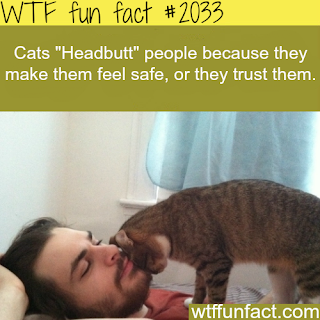 2. She licks me - with a tongue that feels like sandpaper, removing the top layer of skin. But who needs to exfoliate in the shower when you have a cat?

3. She curls up on my lap and purrs loud enough to wake the dead.

4. She follows me around the house to see what I'm up to. I sometimes feel like I'm a celebrity with a stalker but she's just interested in what I'm doing. I hope. 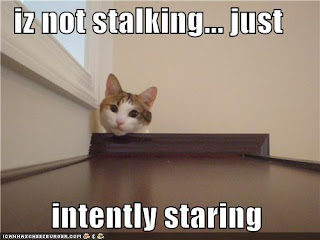 5. She sits on my chest and stares into my eyes. It can feel a bit like a sinister staring competition with dire consequences for the one who blinks first. But I am reliably informed that cats only look directly at someone they trust.

6. She does that long, slow blink which in cat world is a kiss. I'm glad she's not a kisser in the human sense. That tuna breath could be a step too far. 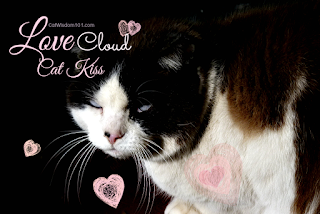 7. She talks to me. She miaows. I answer. She miaows back. We talk about everything from world politics to the price of fish.

8. She scratches at closed windows and doors to be with me.... usually at 4am.

9. She brings me presents. True, I don't particularly want a half-chewed mouse but it's the thought that counts.

In my humble, non-scientific, opinion this seems to prove that cats may not NEED us but that they LOVE us.  They fall back on their own resources and can survive without us - but they choose to stay with us. They don't look on us as the "care-giver" but as an equal. 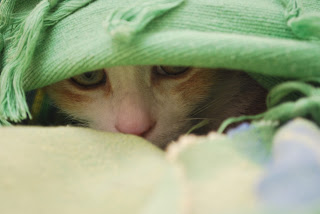 They may hide away if they are frightened rather than run to us for reassurance. They don't need to depend on us for food - plenty of feral cats survive perfectly well on their own. They stay with us because they want to. Cats won't stick around if they don't like their surroundings. Why should they when they can manage perfectly well on their own?
Cats are not pack animals so they have to be independent. They do not see you as the leader of their pack but as someone they want to live with.

Alice Potter, cat behaviour and well-being expert at animal welfare organisation the RSPCA, said the study could help owners meet the needs of their pets.

"It suggests that if a cat is scared or has been involved in an incident it's not going to want a cuddle, it's going to want to go and hide, so owners need to provide a place for that to happen," she said,

"Likewise an owner shoudn't worry if their cat doesn't want to be comforted. It's just doing what comes naturally."