All You Need Is Love - Of Cats! 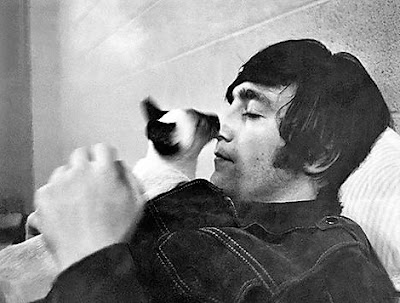 I promised the other day to write more about celebrities and their cats. Next up is Beatle John Lennon who owned cats throughout his life.

He grew up with his Aunt Mimi in Liverpool, UK, and there was always a cat in the house. He spoke and wrote about three of them - Tich, the marmalade-coloured half-Persian, who died when John was at college; Tim, a half-Persian ginger who was a stray found in a snowy street by John; and a moggy called Sam. As a boy, John regularly cycled to Mr Smith the fishmonger in nearby Woolton village to buy pieces of hake for the cats. 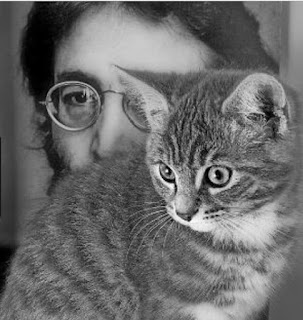 When John and his first wife Cynthia and son Julian lived in Weybridge they had many cats, including a tabby called Mimi named after his beloved aunt. 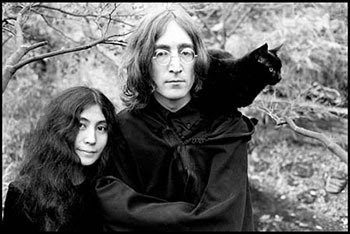 He and second wife Yoko Ono are pictured above with a cat called Pepper, no doubt named after their iconic album Sergeant Pepper's Hearts Club Band.While John was with May Pang they had two cats called Major and Minor.

Here's a picture John drew of Pepper which, as you might expect, is quirkily bizarre! 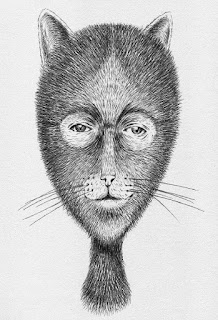